To date, Texas is the only state in the nation to have already held primary elections this year. But that all changes on Tuesday, as voters in Ohio and Indiana head to the polls.

The contests in the neighboring Midwestern states kick off a frenetic schedule this month, with 13 states – including the crucial general election battlegrounds of North Carolina, Pennsylvania and Georgia – holding primaries.

At stake – crucial party nominations for senator that could influence whether the GOP’s able win back the chamber’s majority in November’s midterms. And voters will also choose their party’s nominees for governor, the House of Representatives, and other down ballot contests.

And even though his name’s not on the ballot, Donald Trump is very much on the line in the May primaries, as the former president’s made endorsements in key GOP primary showdowns.

Here’s a look at some top primary face offs this month.

The race for the GOP Senate nomination in Ohio has been one of the most crowded, combustible and expensive primaries in the nation.

Eight candidates are running to try and succeed retiring Republican Sen. Rob Portman. And all but one of the top five contenders for months had been making hard pitches to land the endorsement of Trump, who more than 15 months removed from the White House remains the most popular and influential politician in the GOP as he continues play a kingmaker’s role in Republican primaries and repeatedly hints about making another presidential run in 2024.

As the leading candidates tried to one up each other in showcasing their support and loyalty to Trump, the nomination battle turned increasingly antagonistic, with the candidates and outside groups backing them attacking each other. Things got so heated that two leading contenders – 2018 Ohio Republican Senate candidate Mike Gibbons, a Cleveland entrepreneur, real estate developer and investment banker, and former Ohio treasurer and former two-time Senate candidate Josh Mandel – nearly came to blows at a debate.

Senate candidate JD Vance, left, greets former President Donald Trump at a rally at the Delaware County Fairgrounds, Saturday, April 23, 2022, in Delaware, Ohio, to endorse Republican candidates ahead of the Ohio primary on May 3. On Tuesday voters in Ohio choose between the Trump-backed JD Vance for an open U.S. Senate seat and several other contenders who spent months clamoring for the former president’s support. (Online News 72h Photo/Joe Maiorana, File)
(Online News 72h)

Trump stayed neutral until a few weeks ago, when he endorsed venture capitalist and bestselling author J.D. Vance. While the former president’s backing – and an ensuing Trump/Vance rally in Ohio – helped Vance surge in the polls, the latest surveys – including one from Online News 72h – indicate the race remains competitive, with plenty of voters undecided.

The winner of the GOP primary may face off in November’s general election against longtime Democratic Rep. Tim Ryan of northeastern Ohio. Ryan is considered the favorite for the Democratic nomination in the race that also includes progressive Morgan Harper, a former Consumer Financial Protection Bureau senior adviser and 2020 congressional candidate.

With many of the leading Republican candidates able spend millions on their own bids, and with well-financed super PACs backing many of the major contenders, the race has become one of the most expensive in the nation to date this cycle.

Herbster, who in recent weeks has faced multiple accusations that he sexually assaulted eight women, is a longtime top donor and ally of Trump. The former president endorsed Herbster last autumn and held a rally with the candidate in Nebraska on Sunday.

Ricketts, the co-chair of the Republican Governors Association, is backing Pillen and has spent months slamming Herbster as unfit to hold office. And Ricketts, whose wealthy family owns Major League Baseball’s Chicago Cubs, along with his father – billionaire TD Ameritrade founder Joe Ricketts – have contributed big bucks to an outside group slamming Herbster in TV ads.

May 17: Pennsylvania Senate and gubernatorial primaries

The GOP Senate primary, like its counterpart in neighboring Ohio, quickly turned into a crowded, divisive, and extremely expensive contest that’s included plenty of attack ads as well as a last-minute endorsement from Trump.

McCormick and Oz are the two polling front-runners in the primary race and have vastly outspent the other candidates to run ads across the Keystone State, as they fight to win the Republican primary in a crucial general election contest that’s one of a handful that could determine whether the GOP wins back the Senate majority.

The two candidates traded fire for months over a host of issues, including who is tougher or softer on China, charges that McCormick outsourced Pennsylvania jobs, Oz’s dual citizenship in Turkey, and over fracking. And outside groups backing each candidate have spent tens of millions of dollars in recent months to launch attack ads against McCormick and Oz in a race that’s become the most expensive Senate showdown in the country.

McCormick and Oz are part of a GOP field of eight contenders that also includes Jeff Bartos, a real estate developer, philanthropist and 2018 Republican nominee for lieutenant governor; veteran and conservative political commentator Kathy Barnette; and Carla Sands, a real estate executive and major Republican donor who served as ambassador to Denmark during the Trump administration.

THIS STATE HAS THE MOST EXPENSIVE SENATE RACE IN THE COUNTRY

While all the top contenders made a hard sell for Trump’s endorsement, the former president a couple of weeks ago decided to back Oz. And he’s headed to Pennsylvania on Friday to team up with the celebrity doctor at a rally.

In the gubernatorial primary, the Democrats have closed ranks around Pennsylvania Attorney General Josh Shapiro, who is considered the party’s presumptive nominee.

As with Ohio and Pennsylvania, the key battleground state of North Carolina is also home to a combative GOP Senate primary.

But for months Budd was unable to leverage the former president’s endorsement to boost his poll numbers and fundraising figures. But in recent weeks Budd has surged to front-runner status in the increasingly contentious primary showdown.

Rep. Ted Budd, who is running for the Senate, joins the stage with former President Donald Trump during a rally at The Farm at 95 on April 9, 2022 in Selma, North Carolina.
((Photo by Allison Joyce/Getty Images))

Conservative Gov. Brian Kemp of Georgia is facing a Republican primary challenge from former Sen. David Perdue, who enjoys the backing of the former president.

FIRST ON FOX: KEMP BRINGS IN BIG BUCKS AS HE FACES TRUMP-BACKED PRIMARY CHALLENGE FROM PERDUE

Four years ago, with the support of Trump, Kemp narrowly defeated Democrat Stacey Abrams to win the governorship. But Kemp earned Trump’s ire starting in late 2020, after the governor certified President Biden’s narrow victory in Georgia in the presidential election following multiple recounts of the vote. Trump, who had unsuccessfully urged the governor and other top Republican officials in the state to overturn the results, has now returned to Georgia twice to campaign against Kemp.

Trump for months urged Perdue to challenge the governor, and late last year he endorsed Perdue a day after the former senator launched his bid. Perdue declared his candidacy a few days after Abrams, a voting rights champion and rising star in the Democratic Party, launched her second straight bid for governor.

But regardless of Trump’s endorsement, with three weeks to go until Georgia’s primary, Kemp enjoys large leads over Perdue in two key campaign metrics – public opinion polling and fundraising.

White Dwelling says Biden 'would like to go to Ukraine,' but there are 'no options in the works' for a vacation 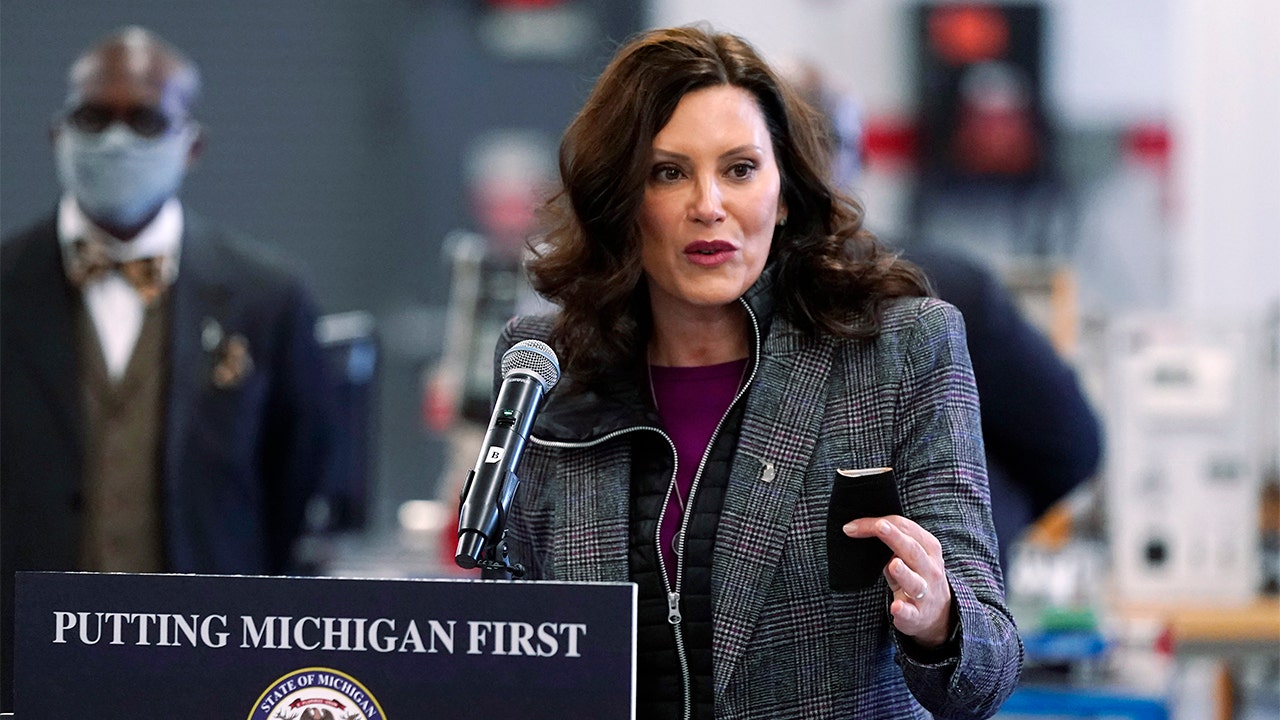 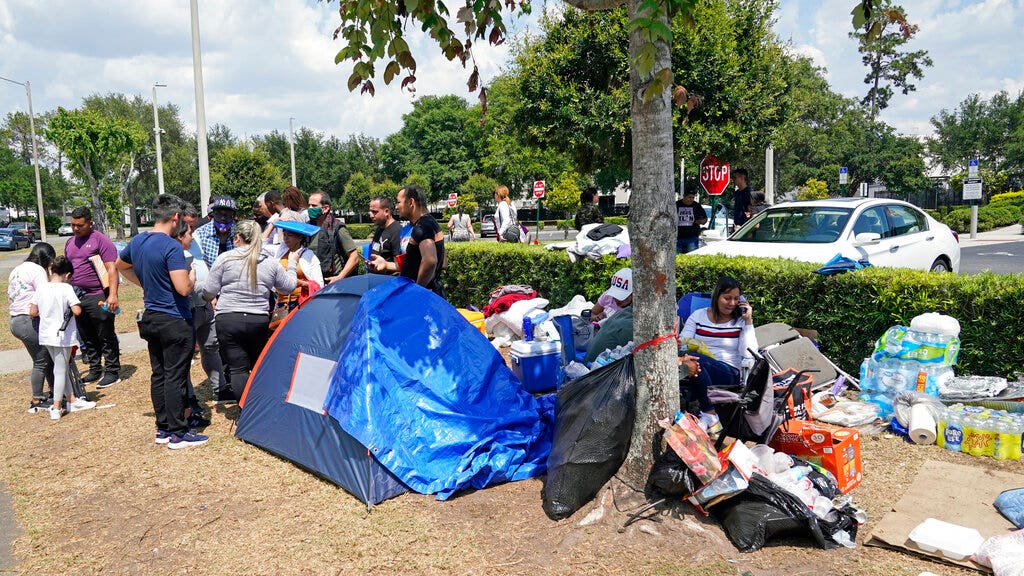 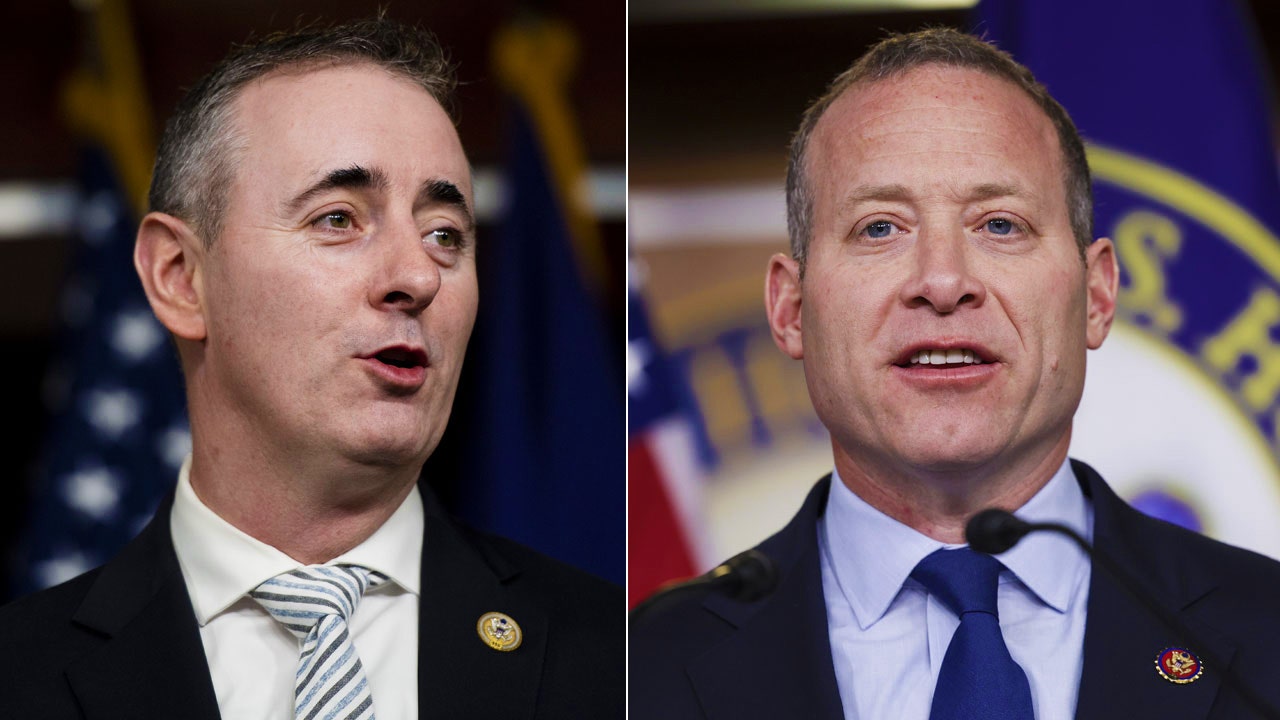